Share a memory
Obituary & Services
Tribute Wall
Read more about the life story of Frederic and share your memory.

Frederic Allen Hable of Eau Claire, WI, passed away peacefully in his sleep on January 13, 2023 from cancer. He was born on December 24, 1960 to the late Thomas and Gloria (Bleskacek) Hable. Fred was a 1979 graduate of Bloomer High School; following graduation he worked on the family farm until his father's retirement in 1998. Moving to Eau Claire he worked at Fleet Feet on Water Street for 24 years where he sold many running shoes with his good natured cheer.

Fred had many passions and interests. He loved the theatre and was an active member and supporter of the Chippewa Valley Theatre Guild. He attended too many productions to mention, often attending the same show multiple times. He loved to play the piano and entertained audiences at open mics, churches, airports, and parties - anywhere a piano was available. Peanuts music was among his favorite to play. His love of drum & bugle corps brought him to the St. Croix Rivermen, where he was a part of the horn line in 1981 and enjoyed touring the country with one of the top 20 corps nationally.

Fast Freddy was probably best known for his love of running. He ran a total of 69 marathons, finishing 10 in under 2 hours, 50 minutes; he ran over 500 other road races, amassing quite a T-shirt collection along the way. He was a member of the Indianhead Track Club, serving as President and directing many races including the Tortoise and the Hare 5K, See Dick Run, and many fun runs. He loved to golf and won numerous amateur tournaments. He prided himself in stretching out the golf season in the frigid Midwest to as much as 10 months! Sharing his love of sport was important to Fred as he coached local Little League baseball teams, and track and cross country at Bloomer and New Auburn High School.

The family would like to express their appreciation to the staff at Vita Care in Bloomer, as well as St. Joseph's Homecare and Hospice, for their compassionate care of Fred.

A memorial service will be held Wednesday, February 1 at 11:00am with Rev. Julianne Lepp officiating at Lenmark-Gomsrud-Linn Funeral & Cremation Services-WEST CHAPEL, 1405 N Clairemont Ave. Eau Claire, WI 54703. Visitation will be Tuesday, January 31, 2023 from 4-8 pm and 1 hour prior to the service at the funeral home. A reception will follow the service. Fred loved nothing more than a good beer, so join with friends and family at the Lazy Monk Brewery, 97 W. Madison St. Eau Claire at 4:00 p.m. to pour one in his honor. Online condolences may be shared at www.lenmarkfh.com.

In lieu of flowers, memorials can be made to the Beacon House of Eau Claire and the Chippewa Valley Theater Guild. 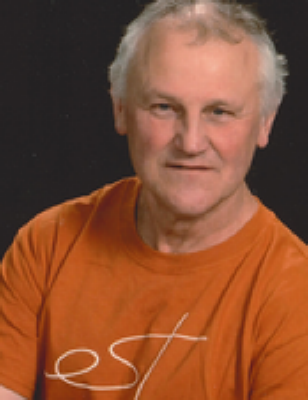