Share a memory
Obituary & Services
Tribute Wall
Read more about the life story of John and share your memory.

John Guite, 53, died on December 22, 2022 at MD Anderson Cancer Center in Houston, TX with his wife and kids by his side.

John Edward Guite was born to Al and Judy (DeWitz) Guite on November 17, 1969 in Eau Claire, WI. He graduated from North High School in 1988 and went on to graduate from UW Madison in 1992, where he earned a BS in Engineering Mechanics and Math.

John moved to northern California where he met his wife Jocelyn and started a family. While in California he earned his MBA from Berkley Haas in 2002. John and his family relocated to Houston TX where he most recently held the position of Vice President and General Manager at Technetics Group.

John was a very energetic person who loved biking. He was the Co-Founder and regular ride leader of the Braes Biking Group in Houston. The Braes group was a collection of friends and mostly social, but they would also raise money for certain charities through their rides. They participated in an annual fundraising ride for Bike MS from Houston to Austin called the MS150. In addition to riding bikes, John also enjoyed working on them, and even built a few of his own. He loved the athletic and mechanical challenge of the sport.

John and his family loved to travel. They traveled to many places including Africa, Europe, and even the Galapagos Islands where they spent a week aboard a catamaran while exploring the islands. John cherished the time spent with his family.

It is hard to sum up John's life in a few words, his presence was much more than that. Not everyone has a personality and quick wit that draws people in, but John did. Not everyone has a smile that can light up a room, but John did. Oh... and those dimples! His laugh was so contagious you couldn't help but laugh with him. John was loved by so many and will be deeply missed.

A gathering in John's memory will be held January 28, 2023 at Lenmark-Gomsrud-Linn WEST CHAPEL, 1405 North Clairemont Avenue, Eau Claire, WI. Visitation will be held from 9:30am - 11:00am with a memorial service at 11:00am with Father James R. Kurzynski officiating and a luncheon to follow. Burial service at 1:30pm at Sacred Heart, Eau Claire, WI. Online condolences may be shared at www.lenmarkfh.com.

In lieu of sending money, John's family asks that you donate in John's memory to the MD Anderson Cancer Center, or the National MS Society (Bike MS) through the links below. 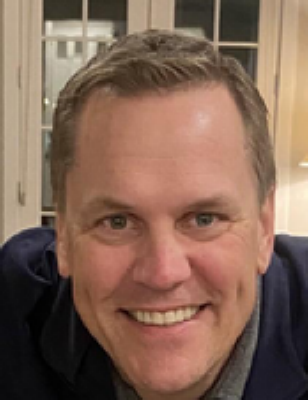