Share a memory
Obituary & Services
Tribute Wall
Read more about the life story of Marlys and share your memory.

Marlys Jean Weber, of Eau Claire, WI, died peacefully on December 30, 2022, at Azura Memory Care with family by her side.

Jean was born on February 28, 1932, in Kohler, WI to her parents William and Mildred Porter. She moved to Menomonie, WI when she was a small child building great friendships and creating wonderful memories. She graduated from Menomonie High School in 1950 and moved to Eau Claire to attend The Luther School of Nursing. She graduated in 1953 with her nursing degree and began her nursing career at Evanston Hospital in Chicago, IL. After a short time in Chicago, Jean moved to Rantoul, IL and worked as a nurse on the Chanute Air Force Base. This is where she met the love of her life.

On July 3, 1954, Jean was united in marriage to Carl W. Weber at St. Malachy Church in Rantoul, IL. Jean and Carl spent the majority of their 61 years of marriage in Racine, WI where Jean worked as a nurse at St. Luke's Hospital. While raising her five children, Jean worked as a private duty nurse for H.F. Johnson and then finished her full-time nursing career as a nurse for SC Johnson. While living in Racine, Jean spent many years volunteering at her children's schools where she served as the Den Leader and Pack Leader for her sons and the Brownie Leader and Girl Scout Leader for her daughter. She also spent years supporting the Ladies Auxiliary of the Knights of Columbus.

Jean was a loving wife, mother, grandmother, and friend. Her greatest legacy is her family. As an only child, family was very important to her. She enjoyed hosting family holidays and Happy Hour. Thanksgiving was her favorite gathering. Over the years she enjoyed supporting her grandchildren from the sidelines, bleachers, alongside the track, in the pool or the theatre as they participated in a wide variety of sports, ballet and theatre. In Jean's free time, she enjoyed sewing, knitting, quilting, golf, gardening, and travel.

She was preceded in death by her husband, Carl, on March 30, 2016, her parents William and Mildred Porter, brother-in-laws and sister-in-laws Bernard and Carrie Weber, Joseph Weber, John and Marian Weinzirl and Fred Weber.

Visitation will be held from 12:00 - 1:00 pm. Friday, January 27, 2023, at St. Rita's Parish, 4339 Douglas Avenue, Racine, WI. Mass of Christian Burial will begin at 1:00 pm. and will be officiated by Father Michael Petersen. Entombment will take place at Holy Cross Cemetery immediately following the service. Lenmark-Gomsrud-Linn Funeral & Cremation Service, Eau Claire is assisting the family. Online condolences may be shared at www.lenmarkfh.com.

In lieu of flowers, memorials can be made to The National Institute on Deafness and Other Communication Disorders https://www.nidcd.nih.gov/about/donations#gift03. 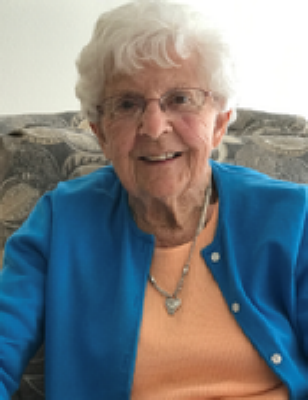